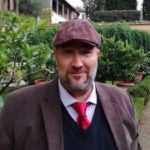 Fulvio S. Orsitto (Ph.D. in Italian Cultural Studies from the University of Connecticut) has published numerous essays and book chapters on Italian and Italian American cinema, and on Italian Literature. His book publications include the edited volumes: The Other and the Elsewhere in Italian Culture (2011), Cinema and Risorgimento: Visions and Re-Visions (2012), Cultural Contaminations (2014 – with S. Wright), Pier Paolo Pasolini. American Perspectives (2015 – with F. Pacchioni), Cultural Crossings (2016 – with S. Wright), TOTalitarian ARTs: The Visual Arts, Fascism(s), and Mass-Society (2017 – with M. Epstein & A. Righi), and The Italiano Economic Boom in Cinema, Television and Literature (2019 – with U. Perolino). In 2012 he co-edited Vol. XXXIV of the NeMLA Journal of Italian Studies, and in 2014 he published (with C. Peralta & F. Caramaschi) the manual Film and Education. Capturing Bilingual Communities. 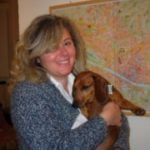 Ms. Mocali has been working for Georgetown’s Villa since 2001. A Florence native, she studied foreign language with a specialization in business and did one additional year of Marketing & Communication. Ms. Mocali has traveled throughout Europe and North Africa and spent a year working in Australia. Ms. Mocali joined the Villa community after having worked for many years in the business and sportswear industry. Ms. Mocali loves swimming, painting, and animals. 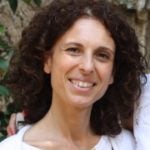